This month's Monthly Makers theme was, to my great satisfaction, miniature! There's just something incredibly pleasing about tiny things. I fittingly had some shrink plastic laying about, so I decided I'd try to make something from it to fit this month's theme.

This was my first time ever working with shrink plastic, and I quickly discovered that shrink plastic is not at all an easy material to work with if you do not possess the right knowledge/tools. I've thus had my fair share of difficulties, but don't worry, I'll spare you most of the details. But before we carry on to this month's contribution, let's have a look at the many missteps I've made on the road to shrink plastic perfection: 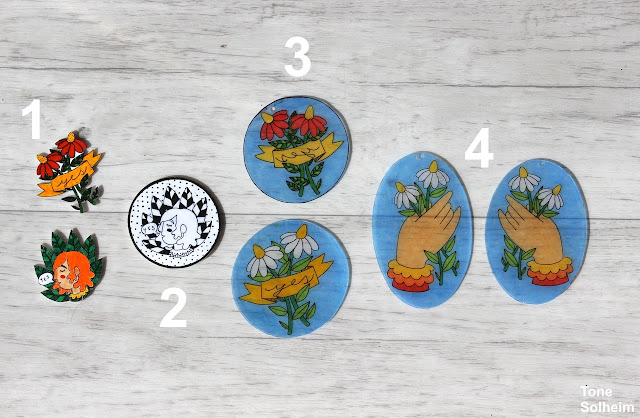 1st attempt: Used the wrong type of markers, causing the colours to smudge, and only afterwards did I realise that the green plant behind the girl's head kind of looks like a marijuana leaf - oops!
2nd attempt: Used only black marker, but managed to smudge it slightly nonetheless. Also the whole marijuana resemblance thing. Bah.
3rd attempt: Used a different type of shrink plastic that was better suited for colouring with Promarkers, but neither bouquet turned out alright - the first one I managed to draw the wrong way around (?), and the second one turned oval in the oven for some reason.
4th attempt: These actually turned out alright, had it not been for the fact that I baked them individually, which resulted in a size difference. OH WELL LIFE GOES ON and all that.

After the mishaps above I actually shelved the project for a while. But this morning I was like, screw this, this time I WILL succeed - and this time I did! I decided to try the white shrink plastic again: 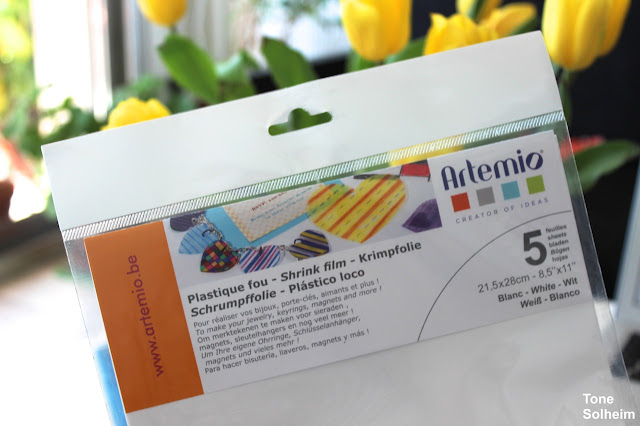 I started off drawing a cat inspired by a drawing I made a while back: 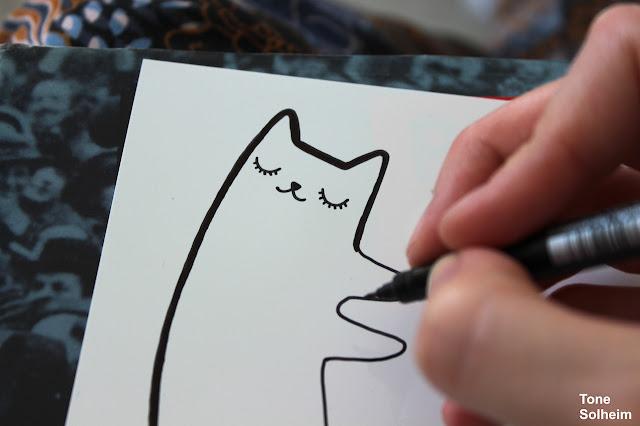 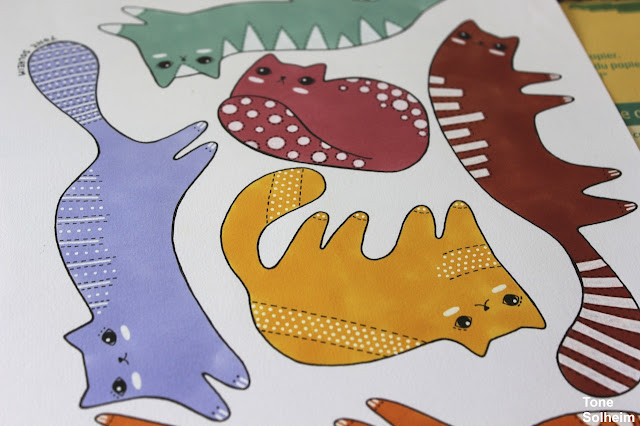 Wise from previous mistakes, this time I let the marker dry completely before attempting to cut it: 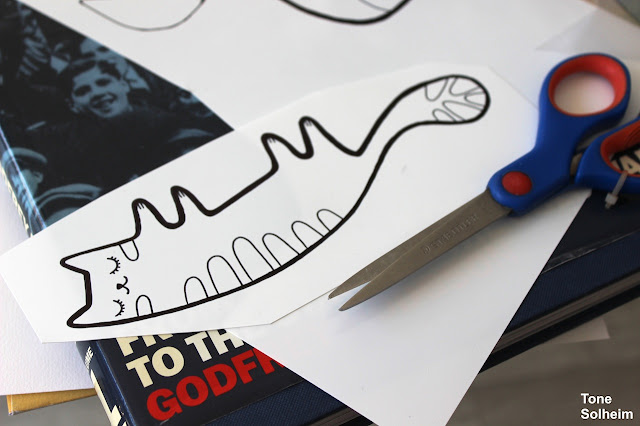 I was really nervous about the whole cutting process, as I knew from experience that if you bend the plastic too much it cracks quite easily - something I did not want to happen! Luckily, though, I somehow managed to cut out the entire cat in one piece - phew! 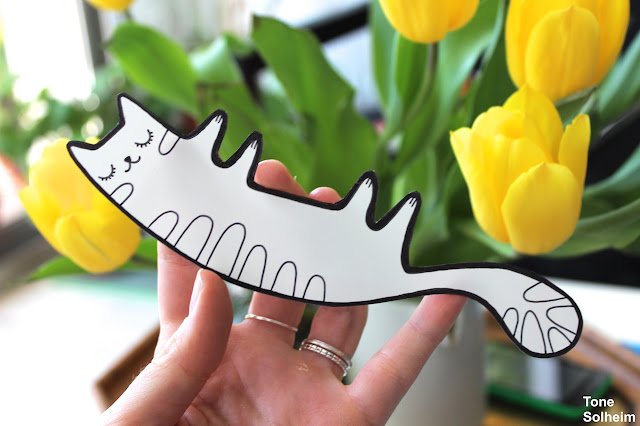 I used a paper punch to punch holes for the chain (as I was planning on turning it into a necklace). It's very VERY important to do this BEFORE baking: 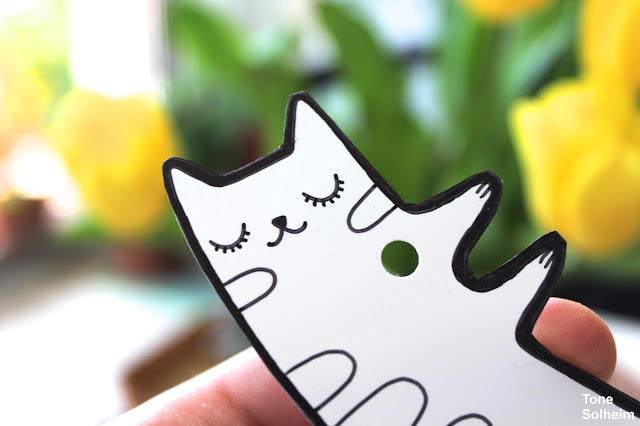 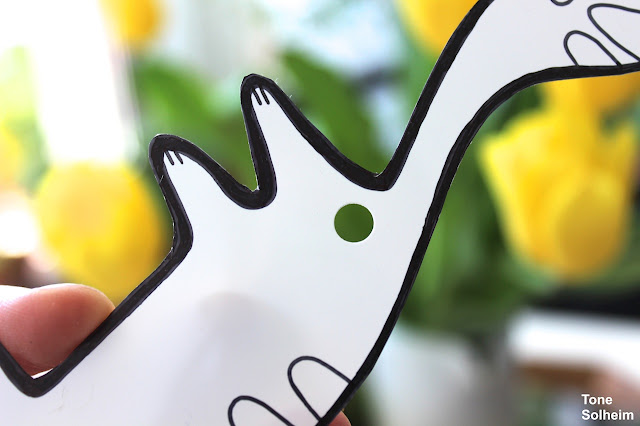 I then drew and cut out two cat friends to turn into ear rings: 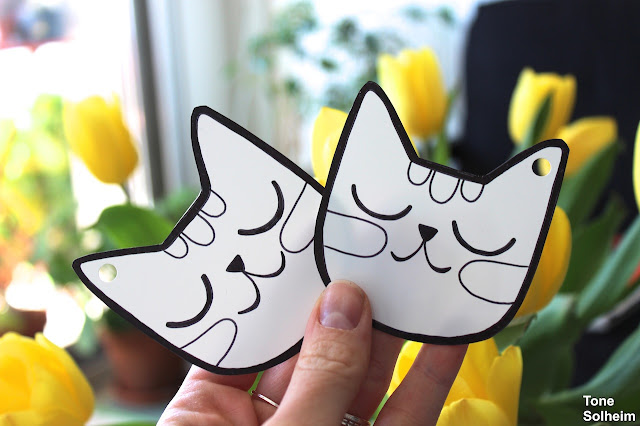 The particular plastic I used needed to be baked at 150 degrees celsius for about 3-4 minutes. I placed my cats on a sheet of baking paper and covered them with another sheet to avoid them sticking to themselves when curling (shrink plastic curls as it shrinks and flattens again when it's done): 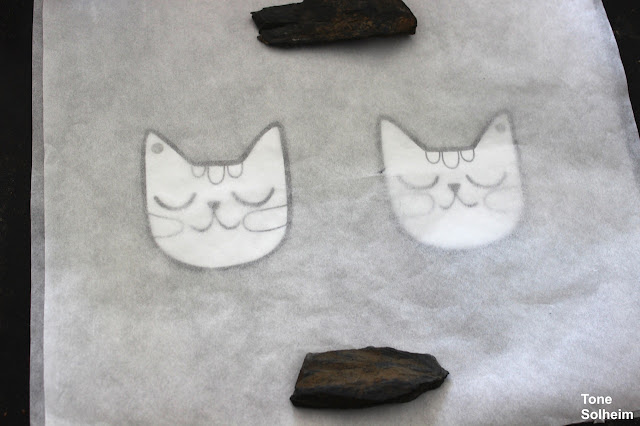 I also decided to bake two shrink plastic pieces that were left over from a previous attempt -  this time they all turned out like they were supposed to: 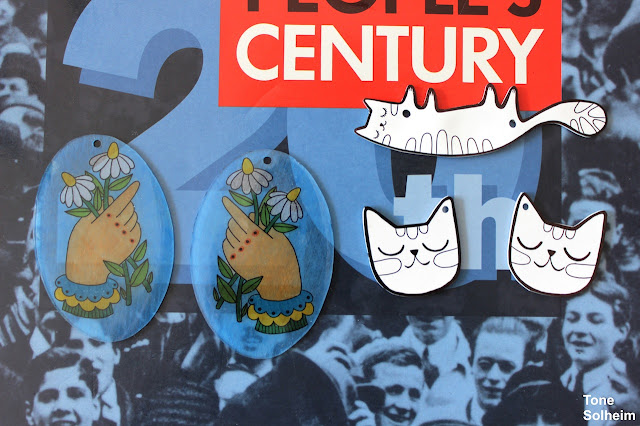 I then dug out my little treasure chest of unused craft supplies: 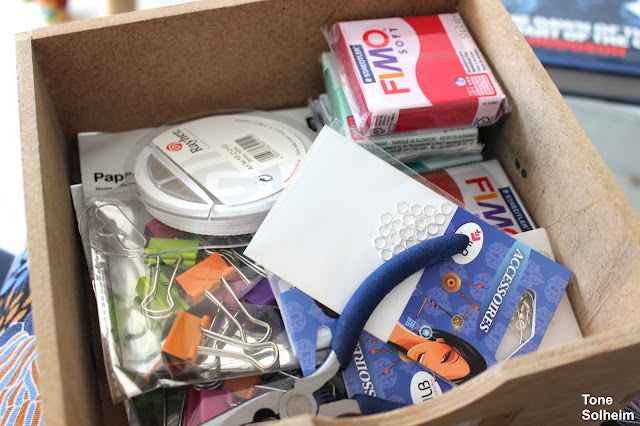 And soon my cats had been turned into ear rings: 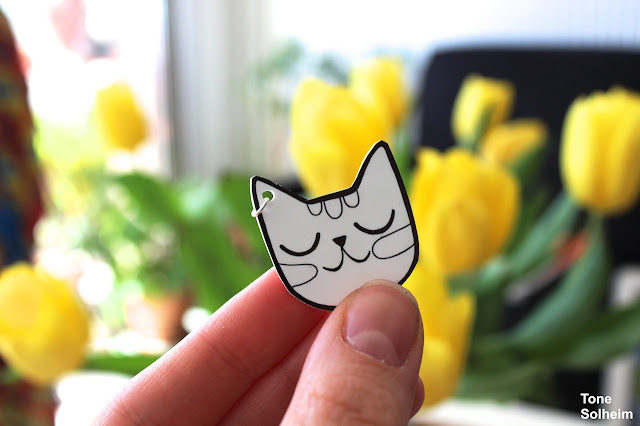 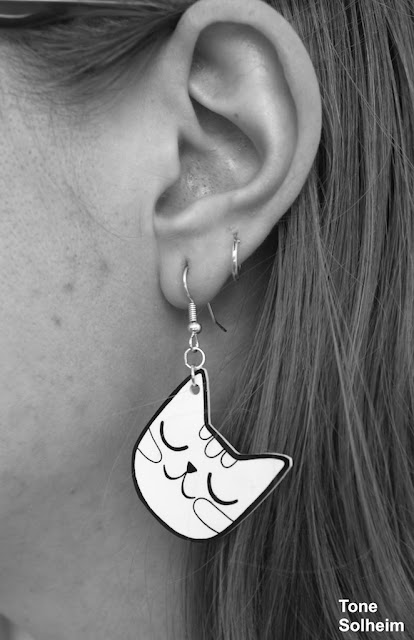 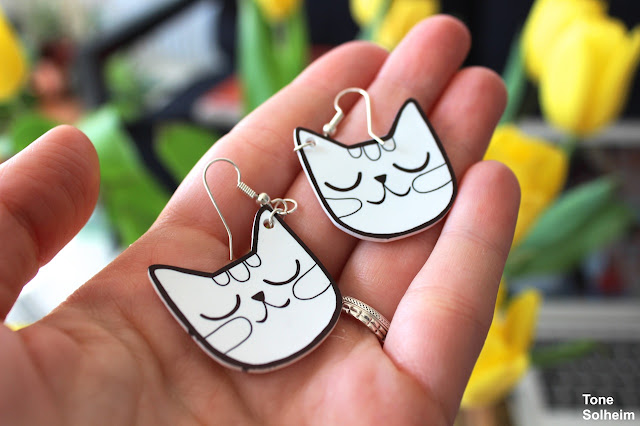 The hands turned out pretty alright, too: 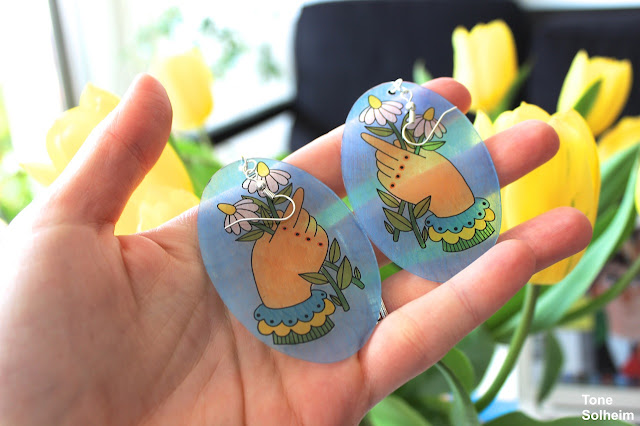 My favourite, though, is no doubt the necklace. I didn't have the right type of chain, so I had to use an old one (I'll replace it with a new one later): 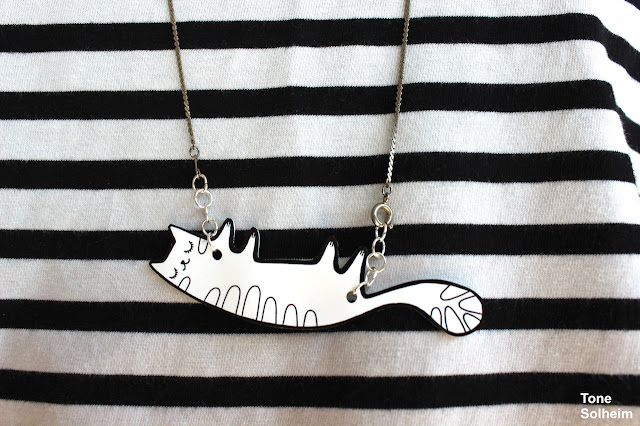 All in all I'm pretty satisfied with the new additions to my jewellery collection!

Have you ever tried shrink plastic? 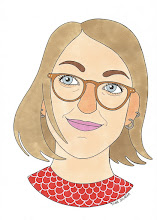 I'm Tone, a Norwegian girl currently residing in France. I like creating, tea, cats, and everything British. This is where I share the stuff that I make.

Komorebitone elsewhere on the internet: